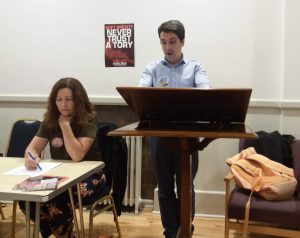 This week I was a speaker in “The Left Against Brexit” in Oxford, organising from the group Another Europe is Possible. Therefore I think the best article I could write would be my speech at this event.

<<I would like to congratulate and thank you for organising this event and for inviting me to be one of the speakers in the event ‘The Left Against Brexit’.

I would like to speak as European (Portuguese) whom was born in a country at a time when it wasn’t a member of European Union but had the opportunity to economically grow as a full member. Therefore, I am aware of the benefits to EU membership and I would like to reinforce it is a win-win project for all countries that are members of it. Brexiteers like to argue that the UK is a net contributor to the EU budget, however, it isn’t fair to look at just this figure. They are failing to see the benefit as a whole and by choosing to focus only in a particular figure, they are not being intellectually honest. 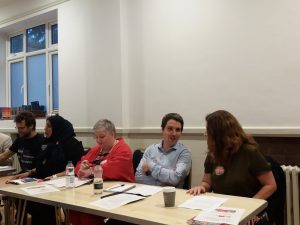 I would also like to make a reference about the impact of the financial crisis in 2008 and how in my opinion the EU’s approach was not effective not only for countries as Portugal, Spain, Greece and Italy but also for whole of the EU.

In the beginning of the financial crisis the EU encouraged member states to invest in the economy and in infrastructure to avoid a financial systemic crisis and Portugal was one of the countries adhering to this economic policy, and doing it quite well. Investors starting to see countries such as Portugal and Greece as risky countries to lend money to and as a result the EU’s economic policy switched to the opposite, austerity. The impact of austerity in Europe has lead to the breaking of the solidarity between the member states and it has also brought imbalance, the increase of migration from the poorer to the richer states for example. This situation created not only a feeling of insecurity and injustice in countries which a lot of young people left their countries but also increase in the support nationalism, populism, protectionism and unfortunately increase in Euroscepticism. 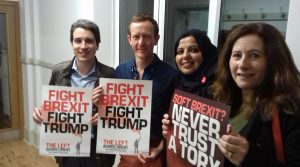 Also, countries such as the UK should be promoting the EU instead of blaming them when the impact of their own policies are poor.

The UK’s failed government policy has lead to the British people expressing their wish to leave the EU. I would of preferred if the UK was leading the EU, refocusing its main goals and ensuring the well-being of all citizens of the bloc. The EU project is more than a project to build a single market or a monetary union, the goal is to build a new geopolitical entity with a strong democratic base and with a political, economic, social and cultural dimension. Unfortunately, the UK is currently negotiating its departure from this 40 plus year journey.

I would now like to move away from the UK for a minute and speak about the Portugal, more specially its socialist government with the support of a grand left coalition. This government has shown there is an alternative to austerity and could inspire another leftist movements in Europe. Portugal has shown the EU that ending austerity and investing in ones own economy, can lead to growth and a reduction in the deficit, while also increasing people’s incomes and their workers and social rights. But all in the same time as following the European rules on fiscal policy. One of the merits of the Portuguese Government is the way it has reaffirmed a left-wing agenda within the EU.

Nowadays with polarisation of the vote it is very important for the UK to have the capacity to build on its political alliances. In Portugal it use to be impossible for a left coalition before 2015 and this another merit of Portugal, because the coalition focuses the points that unite them instead the points that divide them to achieve higher growth, higher employment and greater equality.

BREXIT IS A CONTRADICTION OF THE DNA IN UK
Finally, I would like to speak against the Brexit. As I said in the Oxford City Council meeting for supporting the motion calling for a people’s vote on the final Brexit deal, leaving the European Union in just two year is unrealistic, and I would even call it ridiculous. The transfer of sovereignty of Hong Kong from the UK to China had a transition period of more than ten years. I don’t believe the transition of sovereignty of Hong Kong to be more complex than leaving the European Union.

Democracy doesn’t end when go to the ballot box and vote. It is a continuous process, our government is accountable not only to Parliament, but to us. After two years we still do not know what Brexit actually means and nobody from government has really any clue.

In my opinion the UK only have two solutions:

1. Negotiate the an extension to the transition period, for the UK and the EU to have the time to define its future relationship with the European Union.
2. Or, revoke the triggering of Article 50 and as a member of the European Union lead the EU, and be the strong voice to build a progressive agenda for Europe.

Indeed, the best for UK will be the second option. Brexit is going against what’s best for Britain and its future.

Thank you very much.>>